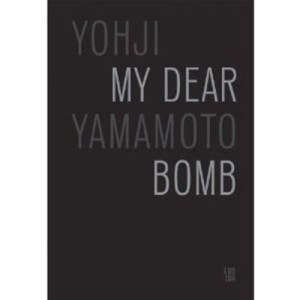 an autobiography i really want to read now by the designer yohji yamamoto.  a few quotes:

“Museums are even worse. No designer really wants his clothes displayed in one. They are where fashion goes to die. It is the same with retrospective-I will have no part of them, either”. P.85

“To assume that the future awaits youth would be a fearful mistake. On the contrary, I have far more of a future than most youth. They speak of the ceiling hanging low, pressing down on them from above. I know nothing of that sentiment. Rather than prattle on endlessly about art and concept, one is better served by living.” p.69

“These days the avant-garde has fallen to the status of simply another genre of fashion. In its original sense, the term simply meant being a little ahead of the pack and it did not necessarily indicate iconoclasm or rebelliousness. It is rather easy to imagine and create wildly fantastic clothing with no regard for the realities of the world. The true avant-garde sensibility though is one that acknowledges reality while simultaneously providing a glimpse of the solutions and surprises that tomorrow will surely bring”. P.85

“If one struggles with the basics and plods steadily, painfully, forward, at some point one will discover a mode of judgment and a battle strategy that is entirely one’s own. Endless repetition and the study of the classics. After that one may topple the establishment. It is the same as waging war.” P.63

“I do not believe in anything like enlightenment. Existing in this world are individuals who dedicate their sleazy energies to the creation of something without flaw. Far grander than these, however, are those humans who grapple each day with the realities presented them. They realize that humans cannot possibly produce perfection, and based on that fearless acknowledgment they forge an aesthetic of humility.” P. 119