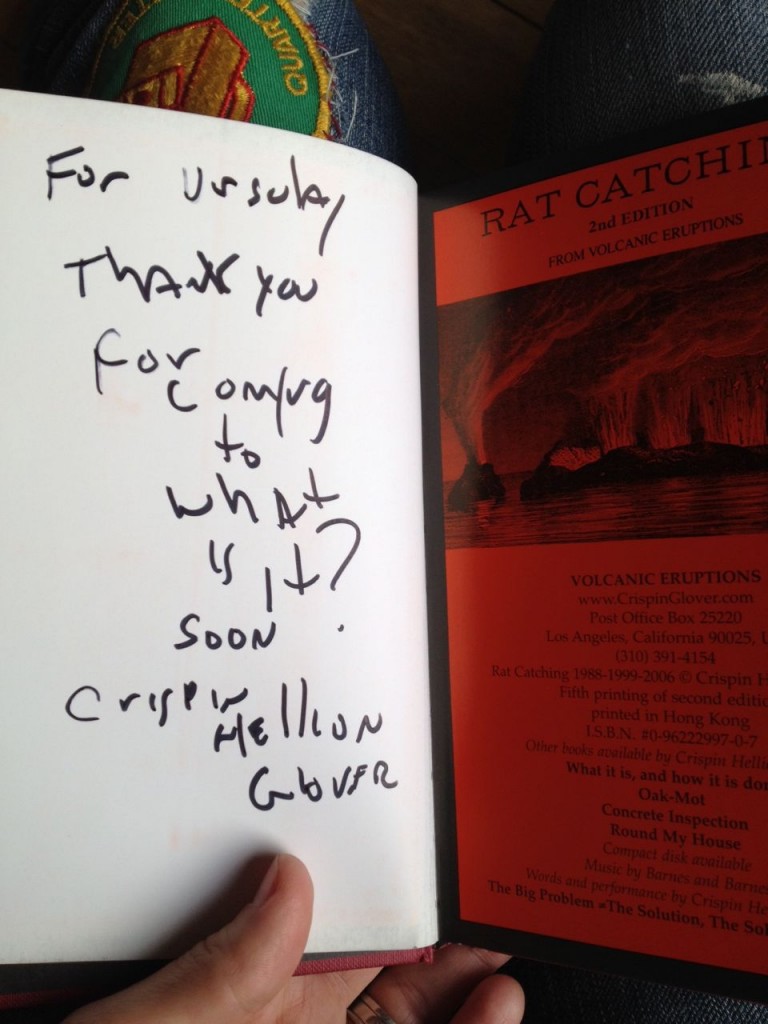 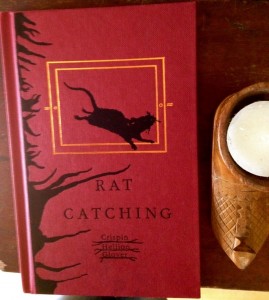 back in the day i had a mad, mad crush on crispin hellion glover.  his films at the time became cult classics over the years – the river’s edge, twister .. i thought he was gorgeous, clever and something about the way he talked and moved drove me crazy.  i bought his book and followed his arty antics.  when i briefly lived in los angeles for a summer i was out walking on a warm night in west hollywood with friends.  someone pointed to a tall art deco apartment building and declared, “crispin glover lives in the penthouse there”.  i stopped in my tracks and stared up, hoping he might also be going for a stroll that evening.  they had to pull me away.  i still love him.  so when a good friend in the publishing business met him at a party recently she told him about me.  she was also nice enough to get a signed copy of rat catching for me.  i’m intrigued by the signature … “soon”  i’m still crazy about you crispin.