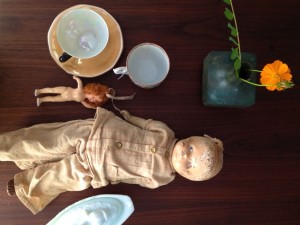 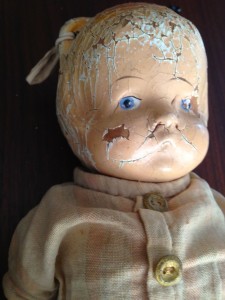 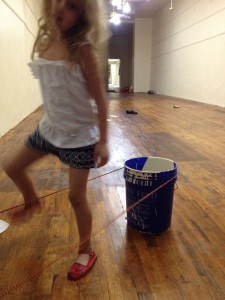 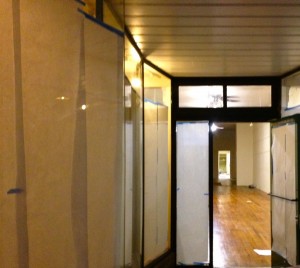 we butcher blocked the windows to the new shop and began moving yesterday, a little at a time.  it’s only 2 doors down but after moving 10 bolts of fabric by hand i realized i needed help and ordered some of those cool canvas bins on wheels to do the job.  it was kind of fun cleaning the windows around 5 pm.  it was still really warm outside.  we had old country music playing  and cold beer while we worked.  giulietta kept herself busy with a new chinese jump rope and marcello pretended to do his homework.

i picked up some more odds and ends at the antiques faire over the weekend.  pretty tea cups to mix in with the new dishware from japan.  i have a weakness for broken old dolls so bought these 2.  what am i going to do with them?  i have no idea but they’re going into the shop some where.  considering buying some of the beautiful dolls by jess brown.  i’ve wanted to see them up close for a few years now so maybe this is it.  i have a fun idea for one of the big display windows that involves velvet pillows, some pretty dishware and tea for two.  probably some tin toy robots too.